Tiger Knight, developed by NetDragon Websoft Inc., is an online game integrating action and military strategy by adopting Unreal Engine 3. As one of the three units of Tiger Knight, Archer can activate “Volley” skill to attack enemies in a distance preemptively.

“Volley” is an initiative skill which players can launch fixed-point attack manually. Archers can kill enemies in a distance as easy as winking. Archers, emerged in the late Stone Age, were employed to attack enemies before the offensive of cavalry and infantry. “Top view” can be adopted to observe enemy situation, cover own close combat unit and attack enemy ranged troops. 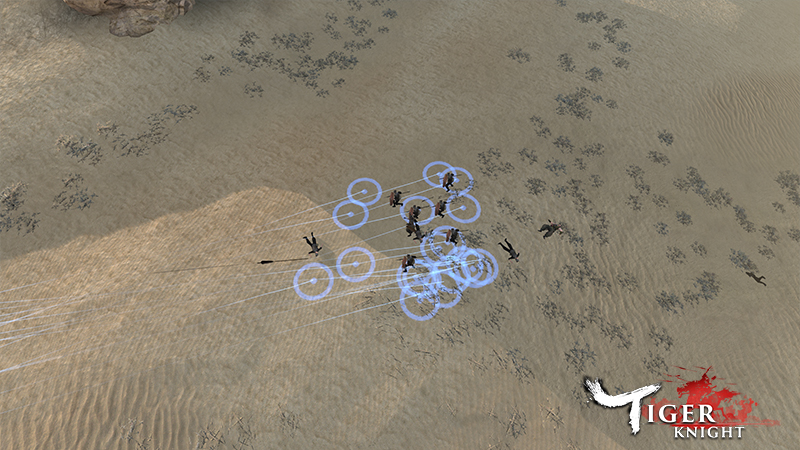 The troops of Tiger Knight consist of archers, infantry and cavalry. Players can upgrade different troops on unit tree. Archers are the only unit that can launch ranged attack flexibly by equipping with light armor, bow and arrow. Although they can accurately attack enemy at a hundred paces, they have a poor performance in close combat.

However, as an auxiliary unit in the combat, archers can activate “Volley” skill to cover the advance of own troop and attack enemy troops. Coordinating with players who control infantry and cavalry, archers can perform more outstanding.