In the beginning, the project team aimed to develop a game including empires of the West and the East. In view of oversea players’ preference, we change our schedule to develop the Roman line first and delay the development of Xiliang line. Now, let’s learn some Roman equipment together. 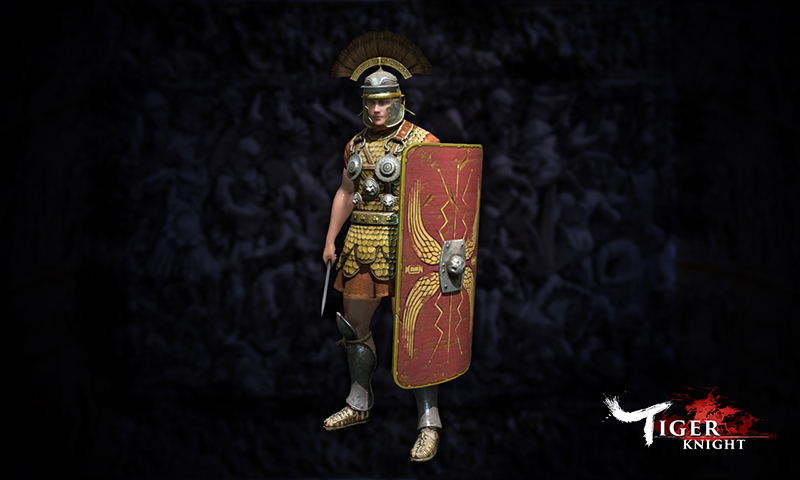 Depended on a strong military power, it grew to be a large empire around the Mediterranean Sea. From ninth century BC to 1453, the Roman Empire conquered parts of Asia, Europe, and Africa and became one of the most powerful states. In Tiger Knight, the setting of Roman line is in the period of the Western Roman Empire. In the office, we display armors of the Han Empire and the Roman Empire to compare their differences better. 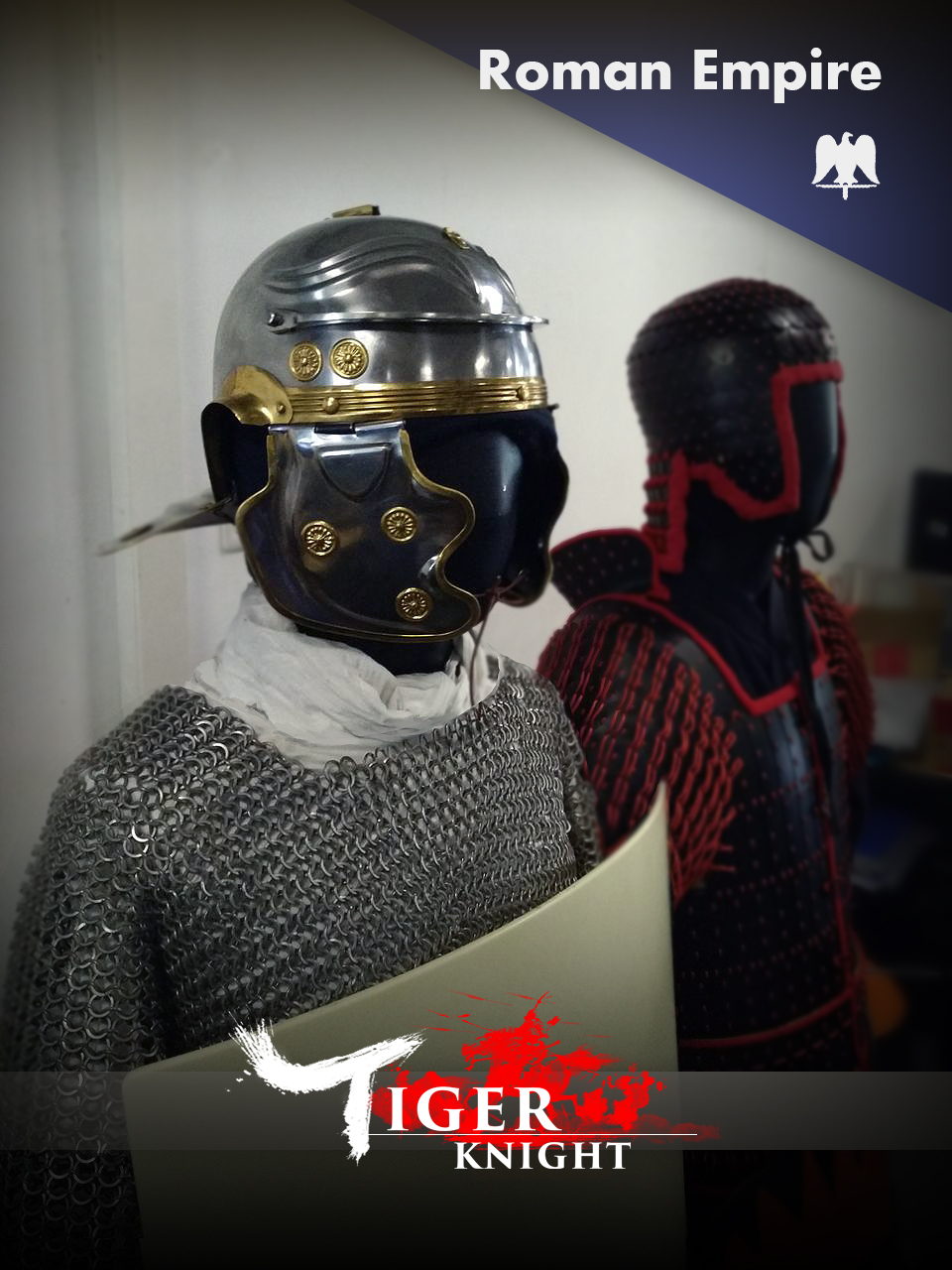 So far, we have completed one Roman infantry and two Roman maps. Roman troop has a well performance in middle distance combats. Their weapons include javelins and shields. If necessary, javelins can be switched to pila. Compared with Shu infantry, Roman infantry can form a more powerful testudo formation. What’s more, Shu infantry can destroy shield easily.

Currently, there are two Roman maps: Nimes Waterway Bridge and Colossuem. With beautiful landscape, Nimes Waterway Bridge is one map of Command Mode. Players can appreciate classical buildings of the Roman Empire and lavender in this map. Colossuem is developed for the new mode: Hero Tournament. The huge sculpture of Roman warrior in Colossuem marks the prosperity of the Roman Empire. 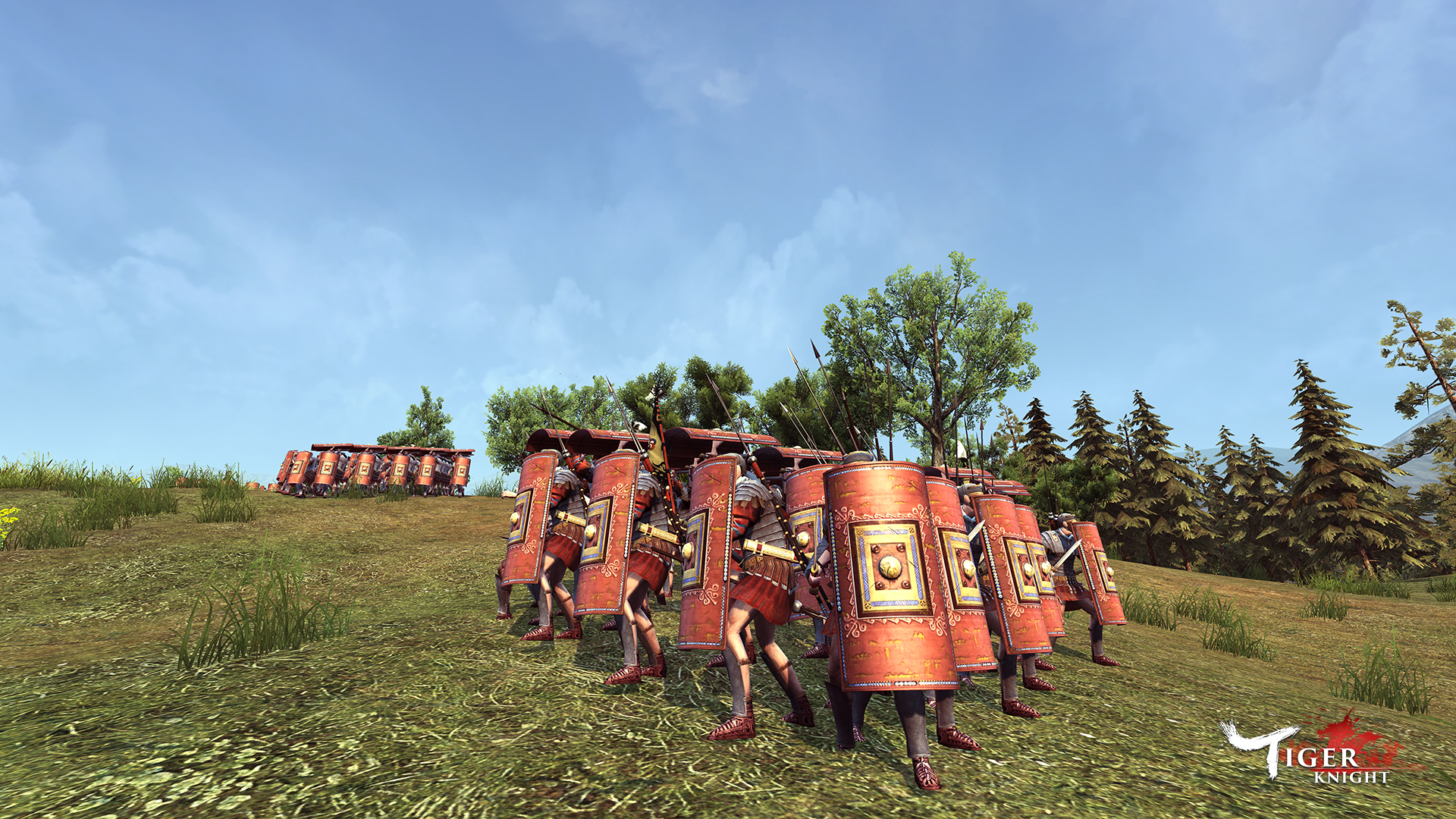 The project team reappear the equipment of Roman army by using lots of historical data for reference. The well-developed military technology provided a strong support for Roman legion. Armors of the Roman Empire were made of metal, especially iron.

Strip armor, one of the most classical armor of Roman legion, was frequently used by heavy infantry. 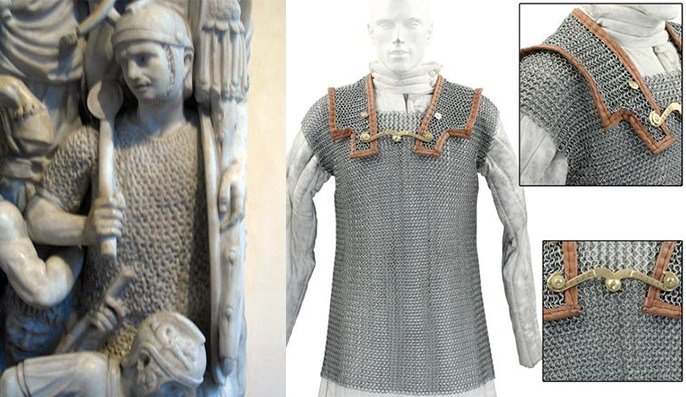 Chain mail armor, originated from the period of the Roman Republic, was always used by cavalry and auxiliary troop.

Scale armor was made of leather and cloth. Moreover, the craftsmanship of scale armor is easier than that of strip armor. 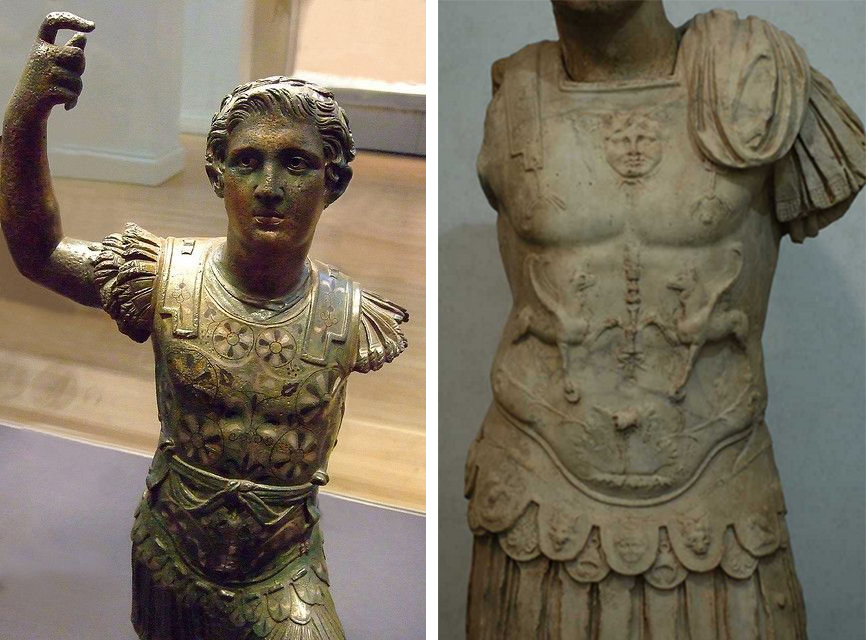