Dear gamers,
In order to update Tiger Knight to version 0.1.79, we will be bringing our servers down for maintenance on 28th March 2017.

Servers will be unavailable for approximately 3 hours, with the exact times as follows:

If it fails to update normally please close Steam and relog in.

3. Bronze, Silver and Gold ranks will enter the Intermediate Battlefield while Platinum and Diamond ranks fight on the Advanced Battlefield (units of corresponding levels are required).

5. The top 100 best players will appear on the ranking list of Ladder Tournament.

6. Conquest Mode does not support the teaming up function for the moment.

2. Duel Mode will use General Assembly (see below).

3. Battles produce general’s exp and exploit for those fighting, and a token for spectators to use when predicting the outcome.

4. Players of all levels will enter the Intermediate Battlefield, and the properties of equipment will be at the highest Intermediate level.

5. The top 100 best players will be on the ranking list of Ladder Tournament.

Players will be fight 1 v 1, with the winner advancing to the next battle until they arrive at the final.

The arena is an important public facility in Roman society, and a place where the public gather to watch fights. In order to provide an exciting spectacle for the audience, the combat area is often broken into distinct scenes to simulate various parts of the Roman Empire's expansion. Combatants put their lives on the line each time they step inside the arena, fighting both for personal glory and to satisfy the bloodlust of the spectators. 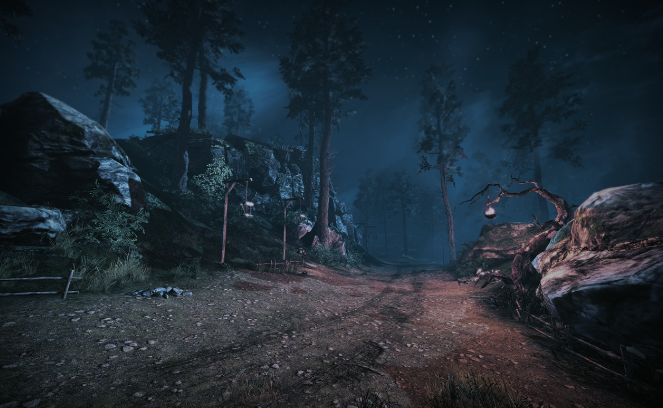 Germania was a region to the north of the Roman Empire. At that time Germany was vast and wild, and apart from some sporadic Germanic tribes, most of the region was covered by rolling forests. The dense vegetation and tall conifers blotted out the sky and covered the sun, creating a humid climate and a lingering mist – perfect for an ambush!

Situated on the Apennine Peninsula, Telamon is a city originally founded by the Etruscans and later conquered by the Romans. During the Republic, this is where the Romans pushed back invading tribes from the north and finally defeated them. This campaign was decisive in conquering Cisalpine Gaul, further expanding Roman control northwards.

Players logging into the game from Mar 28th to Apr 28th will receive a Spring Gift Pack (which includes a 3-Day VIP card, 1000 prestige and 30000 copper).

Fight in 8 Command Mode battles each day to win 1000 prestige.

Join 3 PVE battles every day to win 10000 copper and a Supplies Pack.

The timed 150% gains event opens at the following time (based on the server time):

Mar 28th – Apr 25th, players charging any amount of money or buying any DLC will get a Ghost Axe and a 3-DAY VIP card. The gifts will be sent to the in-game box.

After many rounds of discussion, the development team has decided to adjust the score calculation methods in Command Mode and PVE:

Command Mode - Conquest: the battlefield will be divided into personal and team scores. The winners will receive both personal and team scores instead of the previous system, where only personal scores affect gains. Generally speaking, the overall gains of winners will be improved; exp and coppers will be more evenly distributed among team members. The defeated side will not be adjusted for the moment. However, both sides will see an increase in scores for rescues and occupying flags.

Command Mode - Siege: extra scores for winning the battle quickly and killing the marshal; and successfully guarding the gate.

PVE rate: personal score rate has been changed to team score rate judged by the time used to complete PVE.

The properties of enemies in PVE adjust according to the number of people on the battlefield.

The time needed to recruit soldiers at the conscription site has been reduced from 1 second to 0.4 second. The restoration time used to conscript a soldier is decreased from 20 seconds to 10 seconds.

The time-limited battle field – Squad Deathmatch is temporarily closed and will reopen after it is optimized. Time-limited 7V7 Command - Siege Mode will be open each day from 17：00 to 19：00 (based on the server time).

The speed of dagger weapons will increase 15% in combo moves.

“Following Action” and “Following Collision” has been removed.

When the player attacks through a teammate, the damage to the enemy will be decreased by 50%.

We have increased the soldiers’exp to help boost units on the Intermediate and Advanced battlefield, and help the generals to train soldiers more easily and quickly.

The current infantry is weak when protecting the general, so their damage to the enemy’s general will be improved by 15%.

Wu - the ranged defense capacity of Danyang Infantry is increased by 10%.

Wu - the ranged defense capacity of Wu Fearless Squad is increased by 10%.

Wu - the defense ability of Jiangdong Pikemen’s Pike-Shield Array skill is improved by 12%.

Wu - the HP of Wu Tiger Warriors is decreased by 10% and the damage of spear wall against infantry is lessened by 8%.

Wei - the damage of Zhongyuan Heavy Pikeman’s spear wall skill is increased by 15%.

Special Soldiers - the attack speed of Fearless Vanguard is increased by 20%.

The status icon of soldier’s BUFF is optimized and only shows the icon of the latest BUFF.

The performance of Charging throw skill is optimized.

Basic battlefield will be set to Play vs. AI by default.

In the future, we will add an avatar customization function. For the moment, however, when players choose a certain force the corresponding fixed avatar will display.

Pressing “Z” would not show the whole detailed battle information.

Direction of attack was judged incorrectly in some cases.

Task display was incorrect in PVE.

Incorrect view of the player after execution has been fixed in most cases.

The direction of the general’s icon was wrong.

The movements of Rome’s throwing skills were incorrect.

Incorrect display of the Hurl and Strike icon.

“The soldiers’ skill does not satisfy demands” was wrongly displayed.

The number inputted on the Search interface could not be emptied.

The wrong calculation of times a player uses a certain weapon.

In the pre-battle preparation, even after the player chose a new adjutant on the top right corner of the interface, the old adjutant would still be the one bounded to the units when entering the battle.