Dear gamers,
In order to update Tiger Knight to version 0.1.73, we will be bringing our servers down for maintenance on 17th February 2017.

This update includes a large amount of content, so if it fails to update normally please close Steam and relog in.
Please note that videos saved before this update will not be playable on the updated client. We apologize for the inconvenience and appreciate your understanding.

Content of Update
We are very pleased to release our Rome content for Tiger Knight!
This includes:
Roman units, adjutants and maps
New map for PVE
New map for Siege
New interface for the lobby
Wei raiders
New Special Units

Skills of Roman Soldiers
- Charging throw: Command soldiers to attack the enemies within a designated area. The power of the attack is stronger the longer you charge, and can beat back enemies and make horses stagger.
- Testudo Formation：Grant soldiers with high defense, which can also taunt enemy soldiers.
- The Wedge: The Wedge is an attack formation used to tear apart the opponent's frontline. This attack formation is composed of a triangle of Legionary. When attacking, this formation wedges into the enemy's battle formation by causing enemy troops to disperse and collapse.
- The Orb: The Orb is a defense formation used to encircle and protect your troops. This defense formation requires highly disciplined Legionary. When in a crisis, this formation protects troops that are separated and surrounded by the enemy.
- Repel Cavalry:“Repel Cavalry is a Legion battle tactic used to repel opponent cavalry. When implementing this tactic, Legionary uses their shields to form a shield wall and use Pilum to attack and drive away enemy horsemen.
- Hold shield and throw: Order soldiers to throw javelin to designated area while they use shield to defend.
- Hurl and Strike: Order soldiers to hurl their weapons towards an area and then charge into it. Enemies hit by the attack will get reduces defense and movement speed for a while.

Roman Adjutants
New Roman Adjutant: Macrinus
Marcus Nonius Macrinus(Full Name: Marcus Nonius Macrinus) was a famous general and politician during the Roman Empire. He was from Brescia, Northern Italy and helped the Roman Empire achieve numerous military achievements. This led him to him being appointed as a province governor and to becoming one of Marcus Aurelius’ trusted advisors. He was also one of the main figures that Maximus, from the movie “Gladiator”, was based on.

New Roman Adjutant: Early Signifer
A flag bearer represents the soul of Ancient Rome's armies. Since the forming of the republic, bearing this banner was a position of great status. When at war, the flag bearer would stand in the front line of the formation, wearing a wolf hide and holding the banner as a symbol of glory and unity.

New Roman Adjutant: Centuria Signifer
A flag bearer representing the soul of the Ancient Rome's armies, bearing this banner was a position of great status. Frequently, flag bearers were veterans rich in combat experience. When at war, the Squadron's flag bearer would stand in the front line of the Squadron's formation. The flag bearer wore a wolf hide and held a banner to symbolize glory and unity. 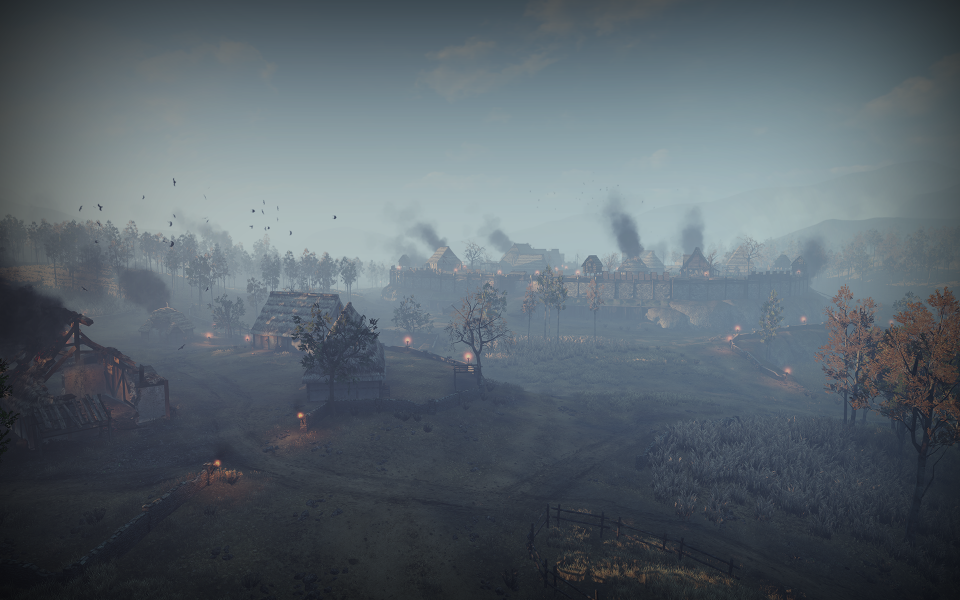 Gaul was an ancient and vast region in Western Europe. The region where Gaul was located had fertile lands, rivers flowing freely and its geographical location was very advantageous. Gauls had small settlements scattered all over this fertile land. In fact, Gauls were part of the Celtics and were capable of amazing fighting skills, they managed to go as far as to capture and plunder Rome, thus becoming Rome’s arch-rivals. The two parties faced each other battle after battle until some Gallic tribes started to make alliances with Rome. These fearless and endless battles between non-allied Gallic tribes and Rome always ended in a bath of blood until Gaul fell in Roman’s hands. Gaul was then annexed as Roman territory. 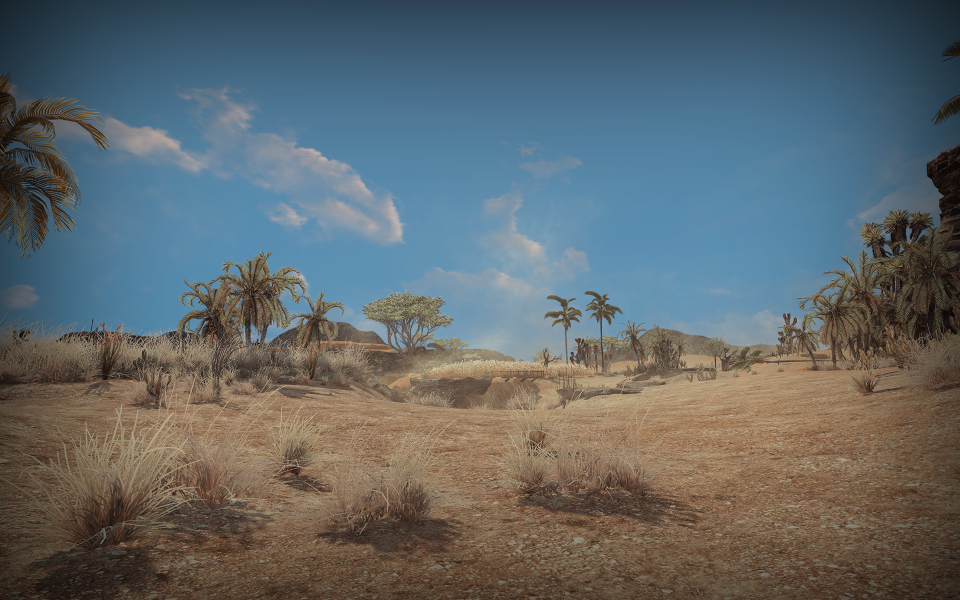 With the demise of Carthage, North Africa - which also stood along the Mediterranean Sea - was gradually included into the territory of ancient Rome. In the south of this area was the vast Sahara desert, the southernmost tip of the Roman territory. Only sporadic oases dotted this landscape. It was more than just a rich fertile land, but also the outpost of the ancient Roman frontier, who kept a constant watch over the distance beyond. 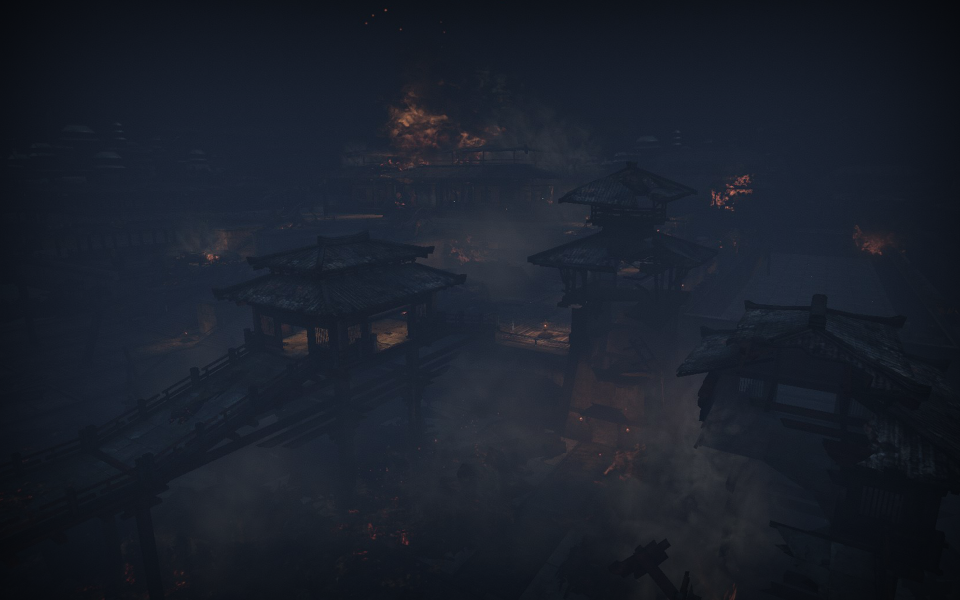 At the end of the Eastern Han, Dong Zhuo was violent and perverse ,and warlords everywhere rose up against him. The coalition of the Eighteen Princes entered Luoyang and fought with Dong Zhuo at the Hulao Pass. Although the Hulao Pass hadn't been breached, Dong Zhuo was fearful. He was convinced that Luoyang would fall so he took the emperor and officials and retreated to Chang’an. He set fire to Luoyang in an attempt to turn it into ashes. At the same time, as the coalition vanguard Sun Jian breached the Hulao Pass and entered the flames in Luoyang. 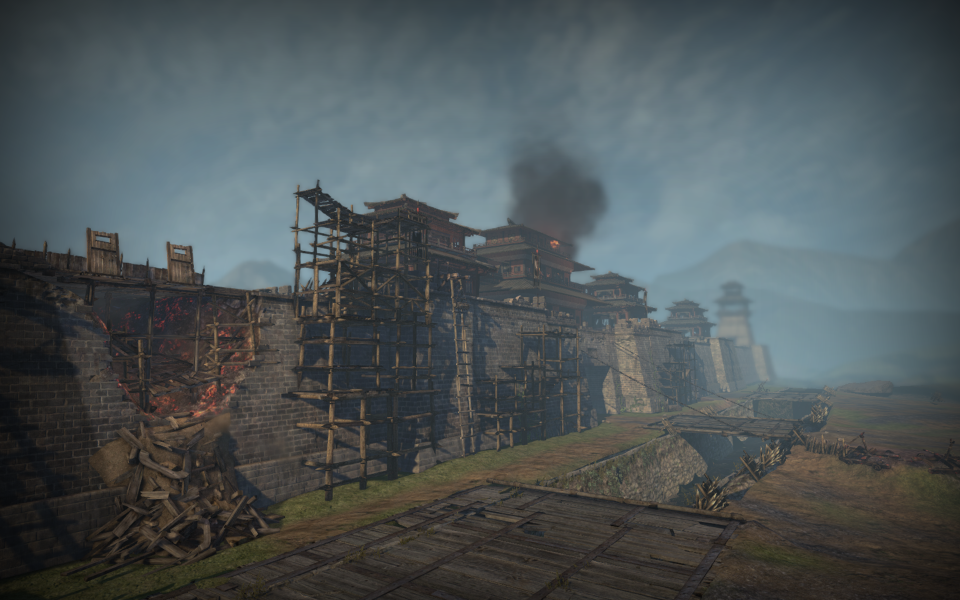 Xiapi was an important village in the Han Dynasty. It was a contested spot by the military since ancient times. In the third year of the Jian'an era, Cao Cao and Lv Bu fought there for months. This is known as the Battle of Xiapi. In the face of Lv Bu who was protecting the city, Cao's army dug trenches and held out for a siege but nothing happened for months. They then began to dig ditches and directed the Yishui and Sishui rivers into the city, capturing it. At that point, Lv Bu's forces were completely wiped out and Cao Cao took complete control of Xuzhou, fully able to deal with Yuan Shao.

New Interface
Since the game was launched, we have received a lot of feedback and suggestions regarding the lobby interface. In this update, we have introduced a major redesign to make the lobby simpler and more user-friendly.
Please continue to provide feedback concerning this new design, as we aim to further improve and refine the user experience.

New Unit of Wei
Raiders
Able to use their high degree of mobility to counter enemy melee infantry.

New Skills of Soldiers
Square formation
Soldiers arrange in a square formation for a while, giving them a chance to enter the Parry attack status.

Recovery
Soldiers set up in a circle formation and prepare provisions used to heal soldiers nearby, healing player, adjutant, soldiers and horses.

Replenishment
Soldiers set up in a circle formation and prepare provisions to soldiers nearby, replenishing ammo and repairing shields.

Focused fire
Soldiers fire towards the same target as their leader.

Switch Off-Hand Weapon
Soldiers can switch their off-hand weapons that they bring to the battlefield.

Xianbei Riders
Xianbei, an ancient nationality which lived in the North of China. The Xianbei nationality originated from the Donghu, Xisu and Wuhuan people and were under the Xiongnu for a long time. After the East Han defeated the Northern Xiongnu, all Xianbei fled from the old domains of the Northern Xiongnu. Having absorbed part of the Xiongnu culture, the Xianbei rose up. Similar to the Wuhuan, the Xianbei people lived in settlements and became skillful inhorsemanship and horseback archery; one could say these skills ran in their blood.

Yellow Turban
At the end of the Eastern Han Dynasty, politics were unstable, the country was declining, and the entire country was afflicted by a drought which lead to crop failure. Taxes were not reduced and the desperate poor joined Julu Zhang Jiao's Taiping Gate in droves. During the first year of the Zhongping era, Zhang Jiao led the 360,000 Taipings in raising a rebellion, using "The Han Dynasty will fall and be replaced with the Yellow Turbans, who will auspiciously rule the land" as their slogan. They wore yellow scarves around their heads and their enemies called them the "Yellow Scarves" or the "Moth Bandits". The Yellow Turbans were originally victims of famine, however, some of its members were also part of rich and healthy families. In comparison with other members of the Yellow Turbans, they provided themselves with slightly better equipment and weaponry. Although these members were not many in number, they were the core of every group of Yellow Turbans.

New Coat
Signifer's Wolf Cloak is open for purchase; you can get it from the Store.
The wolf is a symbol of Rome and wolf hide is usually draped on a veteran Standard Bearer in a Roman Centuria. As a result, the wolf cloak not only garners respect, but it also signifies glory!

Adjustments
Battle Field Rules
The previous T1-T10 battlefield will be divided into three parts as primary battle field (T1-T4), middle-level battlefield: (T5-T7) and high-level battlefield (T8-T10). Corresponding soldiers will be match made in the battle field of the same level, and their quality will be more balanced.
To match the battlefield division, players can choose the units according to the maps so that they can coordinate with one another in a better way. We hope this change will diversify the units on the battlefield and enrich the battel strategies.
The matchmaking number within each team is adjusted into 6V6.

Changes in Matchmaking Rules
Matchmaking rules for Command Mode have been adjusted. Now, after being successfully matched into a battlefield, players can choose units of corresponding levels.
Please note, if the player does not have corresponding units, he will not be matched into a battlefield of that level.
For example, if the player does not have at least one unit of T8 or above, he cannot choose to be matched in the high-level battlefield.
Players in a team will have a higher chance to be matched with other teams. Those who do not team up will have more chance to be matched with single players.

Soldier EXP:
The exp of soldiers from different factions will be divided according to the same standard, T1-T4: primary level exp, T5-T7: middle level exp, T8-T10: high level exp.
The exp of each level can be used to upgrade the units of primary, middle and high level battlefields, and exchanged for prestige.

Player Data
We have transformed all extra soldier exp into primary, middle and high levels, so after this update you will see the changed exp.
For example:
A player owns Wei T1 unit which has 200 exp, Wei T2 unit of 300 exp, Wei T3 unit of 400 exp, T4 unit of 200 exp, then the primary battle field exp of this player after update is 200+300+400+200=1100 exp.
The primary battlefield exp of Wei can be freely distributed into different Wei units, adding freedom for players to cultivate units. This also applies to the battlefield of middle and high levels.

Mode
In Command Mode, the stronghold will be open after the battle begins, which will be prompted by the system.

Other Adjustments
Teaming up function is available from level 1.
Customizing a room is available from level 1.
Volley skill is added by Inspiration (blood) consumption and general’s action in commanding volley.
During battle, feedback has been added for Combo kills.
Time bonuses will improve scores in Siege mode.
Some cutscenes in PVE can now be skipped by pressing ESC.
Reduced the time required for a rescue.
Reduced the cooldown for using bandages.