Dear gamers,
In order to ensure the stability of servers, we will shut them down at 15:00 on Dec 20th for maintenance.

After this update, the game client will upgrade from 0.0.62 to 0.0.63, please enter the game after updating the client. If it fails to update normally, please close steam and relog in.

Christmas Hall
After entering the game, you can change the hall into “Merry Christmas”. Come and find out your Christmas sock in this joyful season!

Christmas Scene
Snowland is welcoming the cheery Christmas, would you like to dance with your enemies under the Christmas tree decorated with gifts?

New soldiers
The special unit - Fearless Vanguards is available now, you can browse and purchase it on the Special page of Upgrade.
Special soldiers have no particular advantage on the battlefield but can gain extra bonus afterwards.

New Fashion Dress
New fashion dress - the Kuzhe dress of the Wei and Jin Dynasties is now buyable in the Market.
Kuzhe is an ancient Chinese dress. Ku means bottoms and Zhe refers to tops. The documented case of Kuzhe first appeared in the late Eastern Han Dynasty. It came into vogue since Wei and Jin dynasties. The Kuzhe of Wei and Jin dynasties are loose in shape with its hem above the knee. Its sleeves and trouser legs are wide. It’s simple in style and convenient to wear, therefore is often used as military dress in army and by classes above scholars.

Adjustments
Lines
The lag status of the line you choose is displayed under the Battle button on the hall interface. We provide different lines for players to choose according to the location of the server line and your own place.
For better game experience, Asia server plyers can choose Hong Kong, Singapore (we recommend this one to Southeast Asia users), Line 1 and Line 2. NA Server players can choose between Line 1 and Line 2. Currently there is no need for EU server players to choose lines.

Others
Teaming symbol: we have added a teaming symbol on the TABinterface of battle for players to check the teaming status.
System Announcement: You can check the announcement sent by the system when in battle.
Invite friends to join legion: the friend interface in the hall allows you to invite friends to your legion.
Mail box: You will not be able to delete the email if the attachment is not successfully received.
Game announcement: You can check the announcement on the login interface.
Game video: The referee can save the video when battle ends.
Formation: we have decreased the time for the switched formation to take effect. We forbid the ranged cavalry from destroying the guarded formation of ranged infantry.
New DLC: A new arms dlc which contains Extend Barrack card, Soldier Seal – A and coppers is meant to help generals to expand military power and dominate the battlefield with ease (will be released a few days later). 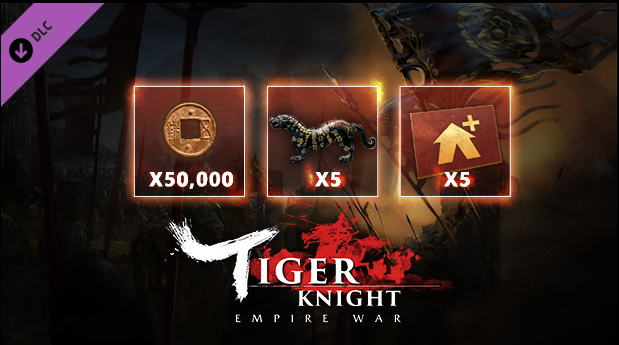 Bugs Fixed
We solved the problem of ranged weapon having a high damage on the enemy’s general.
The bug that after battle deployment, the adjutant will not follow the general has been fixed.
Throwing hammer bouncing off exerted no damage has been resolved.
Sometimes the throwing weapon used by cavalry was unable to hit the enemy has been settled.
Ranged convergence that had abnormal damage on horse has been alleviated.
The problem of Lvbu not being able to attack in Hulao Pass, PVE mode has been addressed.